The Cross Country team competed in the 4A Mideast Regional on Saturday, October 30, at WakeMed Soccer Park in Cary. Competing against runners from 24 other schools, the women placed fourth and men placed third; hard-earned feats that qualified both teams for the State Championship! The women's team has never qualified for the State Championship and the men’s team has only qualified once before in 2000.  Four runners achieved All-Regional honors: freshman Elizabeth Healy, junior Bryan Hampson, and seniors Winston Gasch and Henry Haase. Haase was third overall and set a new school record for the 5K of 15:55.16. The Cross Country team has been led for several years by Shaun Thompson, Maggie Healy, and Jason Page. The State Championship will be held this Saturday, November 6, in Kernersville. 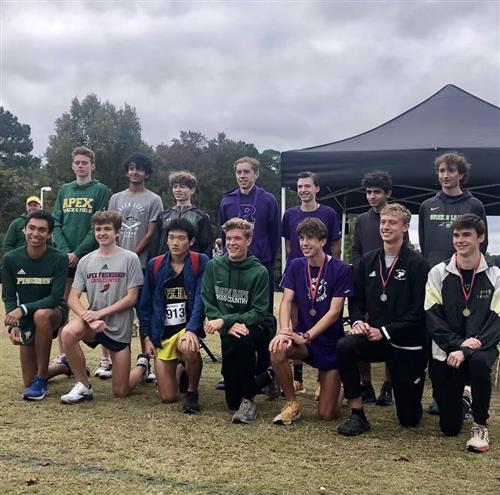