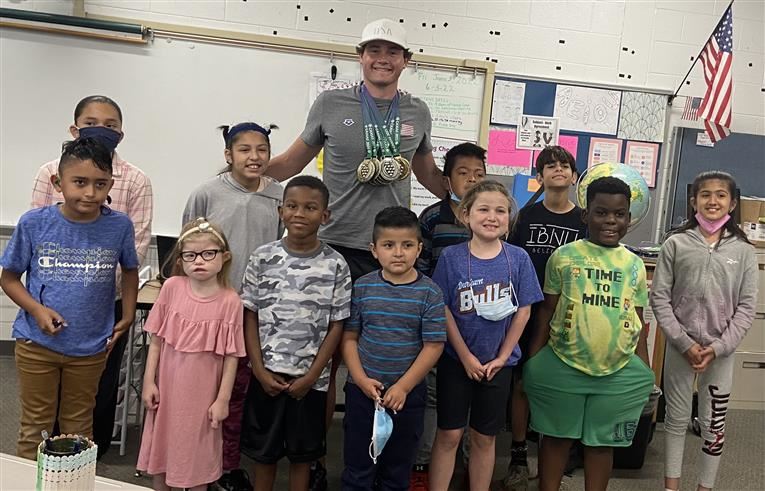 Collin Davis, senior at Durham School of the Arts, shared his story with deaf and hard-of-hearing students at Hope Valley on Monday, June 6. Collin just returned from representing the United States in Brazil at the 2022 Deaf Olympics, an elite international competition that dates back to 1900. Deaf Olympics is the international sports competition for deaf athletes sanctioned by the International Olympic Committee.

The US Deaf Swim Team’s Instagram post calls him their Captain America. Collin has attended Durham Public Schools since Kindergarten, at Little River Elementary, Hope Valley Elementary, and Durham School of the Arts, and has been a competitive swimmer since the age of 12. He was born deaf and wears two cochlear implants. He will compete in Division 1 swimming at the University of Wyoming, where he plans to major in computer engineering or computer programming.