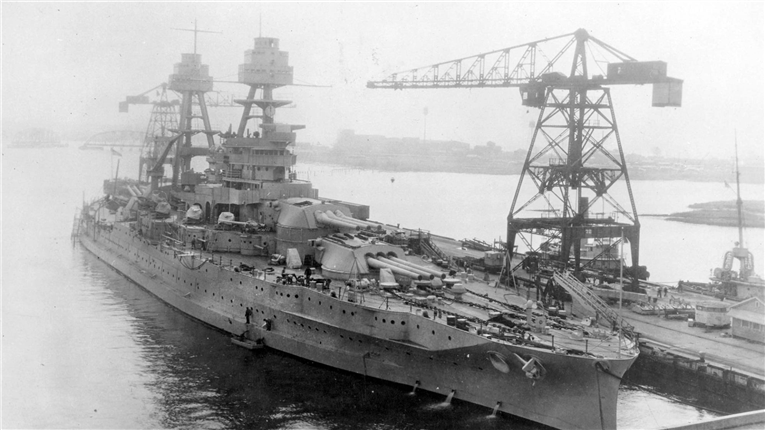 Lucas Middle School Social Studies teacher Jason Hatfield has become a part of history as he teaches it. He has been named a steward of a relic from the USS Arizona, which was sunk in Pearl Harbor, Hawaii during the Japanese attack on December 7, 1941.

A formal unveiling of the relic will be held at 1 p.m. on December 7, the anniversary of the Pearl Harbor attack, at Lucas Middle School. The artifact will be on display at the school, and available for viewing in the school’s auditorium for the ceremony.

Hatfield has created cross-curricular learning opportunities for all eighth-grade students at Lucas to learn about the history of and attack on Pearl Harbor and the USS Arizona, the science behind its decay, and preservation efforts. He is also learning how to engineer artistic and secure museum-style displays, and collaborating with local community partnerships to strengthen the learning opportunity for students, the community-at-large, and with various DPS departments to create a safe and secure space for the relic to be on permanent display.

The relic was removed from the USS Arizona when the Arizona Memorial was constructed in the 1960s and has been under the jurisdiction of the Naval Historical Center in Washington, DC. (taken from Seal of Certification). The wreck remains at the bottom of Pearl Harbor beneath the USS Arizona Memorial, which was dedicated on May 30, 1962, to all who perished during the attack. The Relics Program, established in 1995, authorized the Navy to move pieces of the wreckage out to educational institutions and not-for-profit organizations across the country.  Relics come from a portion of the vessel that was removed in the 1950s due to corrosion and safety concerns.  Hatfield received the relic during the pandemic while DPS was in remote learning mode.

*Note: The Museum of Durham History and the State of North Carolina Public Library System are collaborating on this project.