The Durham Public Schools Board of Education welcomes four new principals and three key district administrators to the DPS family. The school board approved Superintendent Pascal Mubenga’s hiring recommendations in a closed session following its work session Thursday, May 9.

“Each of these leaders is coming to Durham Public Schools with a wealth of experience that will have an immediate impact,” said Dr. Mubenga. “In particular, these four principals have a track record of dramatically improving student achievement. They have a talent for unlocking and igniting the hidden potential within their schools while forging strong relationships with teachers, families, and community partners. I am also excited about the unique talents and skills our new administrators will bring to our arts programs and district operations.”

Claude Archer will be the next principal of Shepard Middle School. Archer comes to DPS from Nash-Rocky Mount’s West Edgecombe Middle School, where in addition to serving as principal he participated on district committees on equity and alternative education. He was previously an assistant principal at Rocky Mount, Nash Central, and Southern Nash high schools. He also taught business education, coached athletics, and coordinated in-school suspension programs in high schools. Archer holds an MBA from Walden University and received his administrative licensure and secondary teacher certification from East Carolina University.

Jonathan Brooks will be the next principal of Eastway Elementary School. Brooks is currently principal of East Albemarle Elementary School in Stanly County, where he was named the district’s Principal of the Year for 2018. Previously, he was assistant principal of instruction for Guilford County’s Jackson Middle School and an assistant principal at Hugh Cummings High School in Alamance-Burlington. He began his educational career as a health and physical education teacher for Guilford County Schools. He holds a Master of School Administration degree from North Carolina A&T State University.

A. Caroline Linker will be the next principal of W.G. Pearson Elementary School. Linker is principal of Youngsville Elementary School in Franklin County. She was previously an assistant principal at Bunn High School and a Teach for America school director at Conway Middle School in Northampton County. She began her educational career as a math teacher and volleyball coach at Northwest Halifax High School in Littleton. She earned her Master of School Administration degree from North Carolina State University.

Melissa Richardson will be the next principal of Lowe’s Grove Middle School. Richardson is principal of Franklinton Elementary School in Franklin County. She was previously principal of Hollister Elementary in Halifax County, and was a longtime elementary teacher and coordinator of the AVID curriculum for other schools in Halifax. She earned her Master of School Administration degree from North Carolina State University. 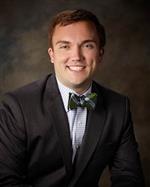 Jeremy Tucker will become the new director of arts programs for Durham Public Schools. Tucker currently serves as music and theatre arts education consultant for the North Carolina Department of Public Instruction; he is also the artistic director of the Raleigh Boychoir. Prior to joining DPI, he was a choral music teacher at Green Hope High School in Cary and James B. Hunt High School in Wilson. He is a former North Carolina Regional Teacher of the Year (2015-16) and won the state’s Maxine Swalin Music Educator of the Year award in 2018. He began his education career teaching music at Wells Elementary School in Wilson. He earned his Master of Music degree in music education from the University of North Carolina at Greensboro. 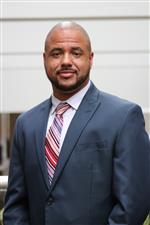 Travis T. Anderson has been named the next executive director of facilities and maintenance for the district. As a longtime consultant with TA Consulting he has overseen facility renovation and construction management, logistics and change management, and other key areas. He is also currently a senior portfolio manager for Charlotte-Mecklenburg Schools. He has held leadership roles in the operation of college campus residential and operational properties, and began his career teaching social studies for Newport News Public Schools. He holds a Bachelor of Arts in Education from Old Dominion University, and has completed his coursework (all but thesis) for a Master of Public Administration degree in project management from Golden Gate University.

Finallly, W. Mathew Palmer joins Durham Public Schools as director of strategic planning initiatives, with a portfolio including research and implementation of improvements in student assignment, transportation, and other operational areas for the district. Palmer comes to DPS from the NCSU Institute for Transportation Research and Education, where he provided research for a number of school districts and other public entities. He has also been a transportation researcher and manager for the University of North Carolina at Chapel Hill and an environmental projects coordinator for Los Angeles County. He holds a Master of Urban and Regional Planning degree from the University of California, Los Angeles, and is a doctoral candidate in City and Regional Planning from UNC-Chapel Hill.