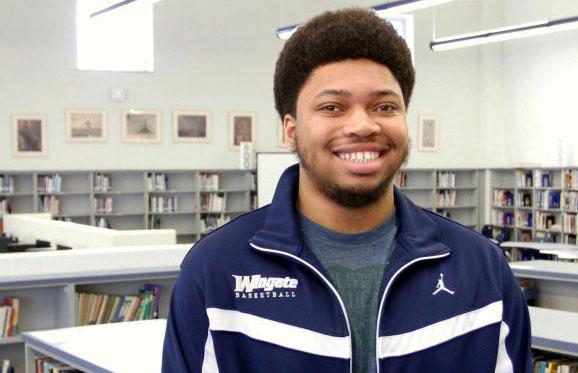 Jalen McGee has been named one of 150 Coca-Cola Scholars.  He will receive a $20,000 scholarship award to any accredited U.S. college or university of his choice.

Jalen McGee is the only student from Durham that has been named a national finalist for both the Coco-Cola Scholarship Program and The Goodnight Scholars Program at NC State University.

The Hillside High School senior is among over 2,100 semifinalists who were selected from more than 87,000 initial applicants for the Coca-Cola Scholarship Program and is now one of just 250 students who will move on to the final selection phase. He is the second Hillside student in a row to reach this level in the process – Keith Beasley was a regional finalist last year.  McGee will receive a minimum of $1,000 education stipend and if selected will receive a $20,000 scholarship.

The Coca-Cola Scholars Program Students are recognized for their capacity to lead and serve, and their commitment to making a significant impact on their schools and communities.  McGee showed his service and leadership abilities by establishing a tutoring program at Hillside High called Hillside Peer Tutoring.

McGee recruited four other classmates to tutor and worked with teachers to find students that needed assistance.  He hopes to expand the tutoring services to two middle schools and eventually an elementary school.  McGee formed a board of directors and put a plan in place to make sure the program continues after he has graduated.

“I’ve already recruited a junior to learn the program so he will be ready to take over next year. He will spend some time learning how to manage the tutoring and how to recruit other students.  During the last quarter of this year, he will do the tutoring and I will be there to support him,” said McGee.

In addition to the tutoring program, McGee is a member of the Student Disability Awareness Club, serves as the president of the National Technology Honor Society and represents Hillside with two other students on the Superintendent’s Advisory Council.  He also had an internship refurbishing computers at Triangle E-Cycling.

McGee plans on majoring in Electrical Engineering and is planning on attending NC State University, The University of Pennsylvania, Harvard University or Brown University.

“Right now my first choice is NC State, but I’m waiting to hear back from these other schools.  I’m ready to learn from great professors that have as much of a passion for engineering as I do,” said McGee.