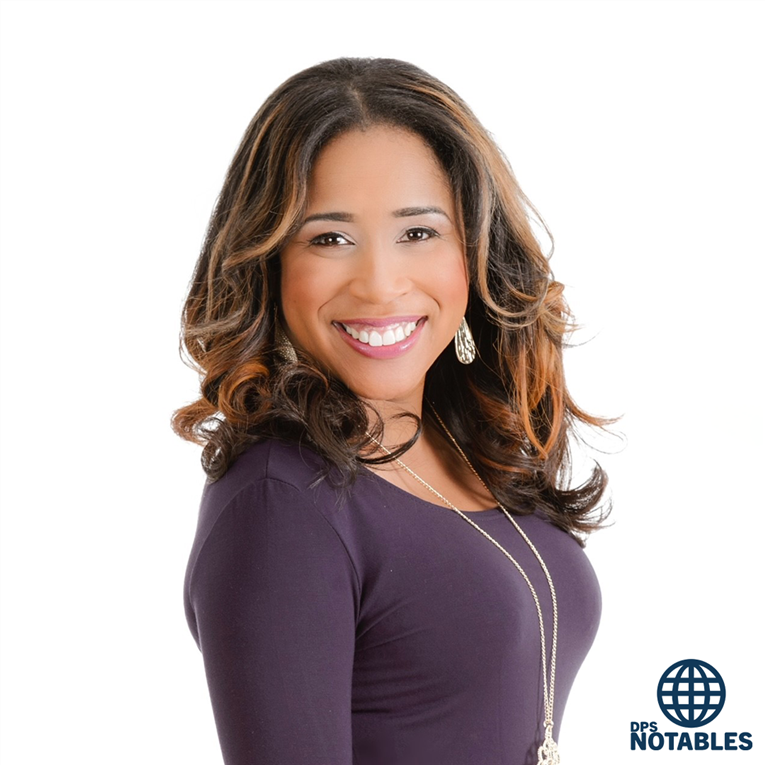 For career broadcast professional Karen Clark, some of her best days as an aspiring radio announcer were spent at Jordan High School (class of 1992). She admits that throughout her early education experience, all of her teachers noted how much she chatted with others. Despite their efforts to quell her tendency to socialize, they could not. But she considered it a gift and she used it to advocate for herself. Now, as midday on-air radio personality for FOXY 107.4/104, listeners depend on her voice to stay informed and entertained.

Full of life and seemingly an expert at juggling many talents at once, Clark attended Pearsontown Elementary School where she said she had two unforgettable teachers. One was a fifth grade teacher who continuously urged her to “apply yourself”. The other was a sixth grade teacher at Pearsontown who motivated her to work harder to go above and beyond (at this time, Pearsontown included sixth grade; in seventh and eighth grades, she attended then-Githens Junior High). She also lived three doors away from the teacher in charge of the school’s Honor Society whom she says she “stalked” by ringing her doorbell regularly to ask her student ranking.

Her competitive spirit was jump-started by a sixth-grade project that earned her a perfect score of 100– or so she thought. When several students earned higher scores of 140, she wanted to know why. She found out they had earned extra credit and asked her teacher how that happened. She vowed she wouldn’t leave points on the table again. On her next project, she did so well that her teacher used it as an exemplar for students who took the class after her. There was also the time that she convinced her high school principal to allow her to make the morning announcements that students looked forward to hearing. She told him she was going to be a radio broadcaster and that she could make the announcements more exciting. He said okay, and the rest, as they say, is history. Literally. Clark set a precedent, and she found out recently that after she graduated, students had to compete for the responsibility of making the morning announcements. The school would vote for two, and those two would then make the announcements for one semester each. Today, students still make the announcements but they self-select and are not voted upon by their peers.

Clark’s gift of elocution, along with perseverance, preparation, grit, and talent, has brought opportunities for her that she may never have earned were it not for her passion and confidence. Having set her sights on journalism as a career early on, she took advantage of opportunities to hone her talent and skills.  She was a writer for the Jordan newspaper, The Falcon’s Cry. And when she tried to join UNC-Chapel Hill’s newspaper and was told freshmen weren’t allowed, she told them their rule made no sense.

“I told them, ‘You should have all good writers regardless of their age.  Why are you putting a limit on talent?’ So they let me write.”

Clark was relentless and determined in her journey toward broadcasting. She interned at G105 and was offered an overnight part-time job on the weekends, was the first person to host the Quiet Storm at K97.5 after leaving G-105, and worked her way into the recording industry with Columbia Records where she worked with Beyoncé when the superstar was 15, as well as Will Smith and Mariah Carey.

“It started with loving to talk and loving to write, and doing the morning announcements at Jordan. I did everything. Everything that popped up, I did. I did all the internships,” she said.

She participated in the American Legion’s Girls State and Governor's School. She also participated in a summer radio program at UNC for high school students that a counselor at Jordan told her about, and was a member of Jordan High School’s Student Council.

She thanks her Mom (with whom she also ran a wedding planning business), and will never forget her choral teacher Scott Hill for pushing her to perform on stage. Hill expanded her confidence, says Clark.  Now that she’s behind the microphone, she keeps in mind that she has the power to pay it forward.

Clark also looks back to give helpful advice to teenagers and future broadcasters.

“Take it one day at a time. Don’t be in a rush to grow up.Take advantage of all of the opportunities, all of the programs that come to your attention, and just give your all and participate in as much as you can. Maybe that’s why I loved high school so much. Because I was not the kid that just went to class and then home. I was never at home. I was always at Jordan.”

She’s kept that energy throughout her career and as a mother. She blogs, cooks, and contributes to national publications and programs as a broadcast professional and topical expert on wedding planning. The DPS alumnus can be heard on FOXY from 10 a.m. to 3 p.m. on weekdays.