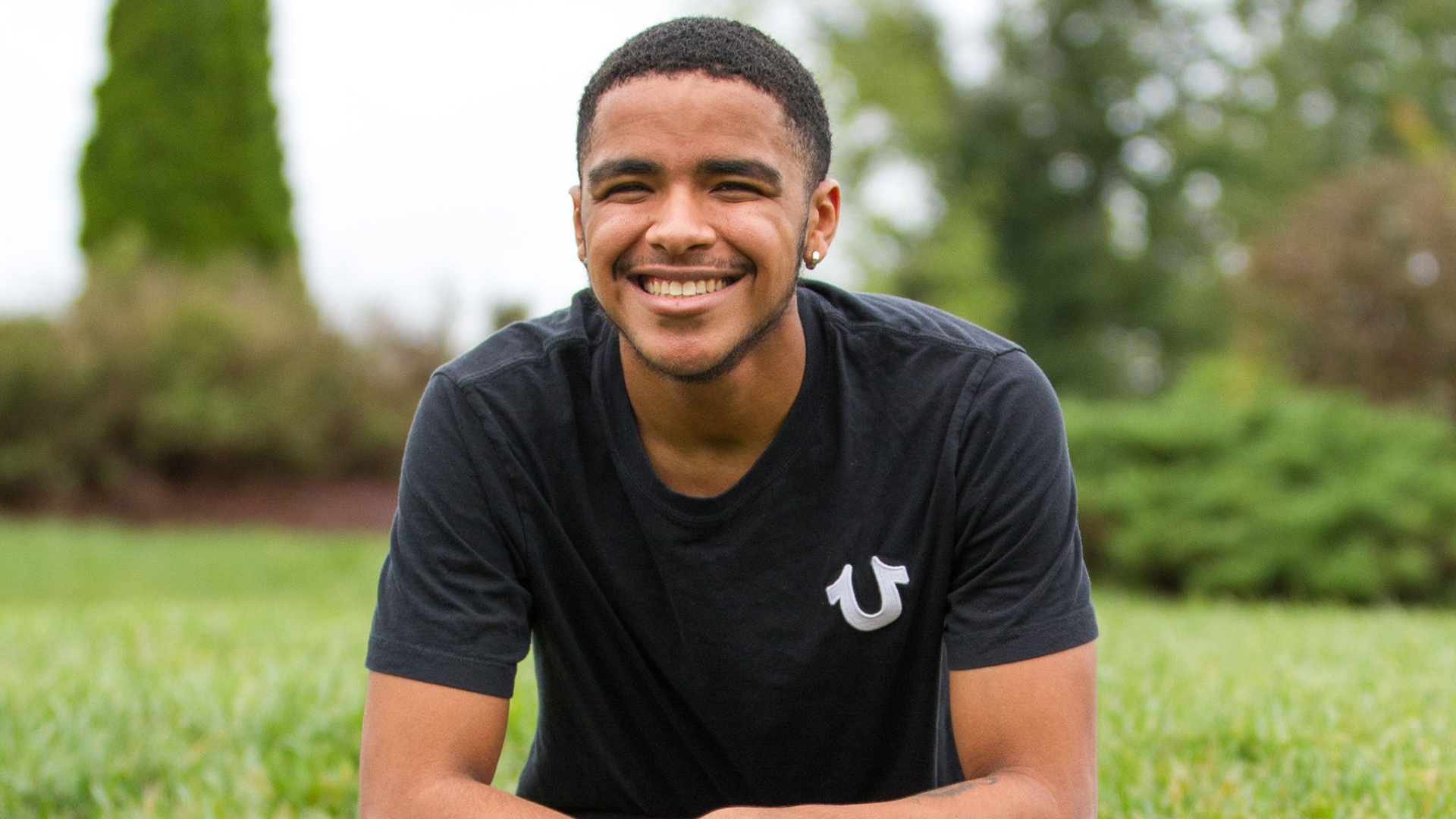 Josiah Williams is a graduating senior from Middle College High School and was nominated for Durham Public Schools Senior Spotlight for being a friendly, positive, and consistent presence within the school’s community.

“Josiah stands out among his peers because of the mature way he carries himself and his ability to include peers and bring out the best in others,” said Sarah Machak. “Josiah has overcome many challenging obstacles throughout high school because of his grit, positivity, and kindness. He has played club soccer each year in high school as the goalie. He is co-captain on his soccer team because of the high level of support he provides his teammates. Josiah also got involved in USA Ninja Challenge, and he’s competed at the National and World level. He helps others by coaching skills and leading birthday parties for teammates. He has worked at Wendy’s and Mcdonald's to save up money to purchase a car all on his own. When Josiah’s dad passed away last year, he worked with his mom to organize a fundraiser for the American Heart Association. Any student willing to put others before their own emotions at such a challenging time is going to make a difference.”

After graduation, Williams plans to attend Lesley University in Cambridge, Massachusetts, and will be playing Division 3 soccer as a goalkeeper with the opportunity to hold the starting spot.

“I want to become a soccer coach,” said Williams. “I want to coach all levels, but my end goal is coaching college-level soccer and beyond. Soccer is my passion, but I also want to change the world in some way. I enjoy playing soccer, I have never been the tallest or strongest, so I make it up with knowledge and understanding of the game. I also competed in ninja warrior competitions; I stopped due to covid; however, I continue to teach kids ages 5-14 at USA Ninja Challenge Durham. I also enjoy downtime, such as playing video games. I think there is a lot of teamwork and communication that comes with playing video games that can be used in all aspects of life.”

“Josiah moved around a lot throughout his life due to new jobs and divorce,” said Machak. “He moved to North Carolina for his junior year, and his step-father (who he was close to) passed away. Josiah persevered and earned A/B Honor Roll at the Middle College. Josiah was diagnosed with ADHD that went untreated until recently. Despite many challenges and barriers, he has continued to move forward and take on new challenges. Josiah thrives at the Middle College taking classes at Durham Tech Community College and earning college credits while in high school because he is independent, self-driven, and passionate about learning. He is planning to go to Lesley University to play men's soccer next school year.”

“My stepfather died in August 2020. This kind of led to a downward spiral with other aspects of my life,” said Williams. “I was diagnosed with depression and anxiety in 2020 and just a few months ago was diagnosed with ADHD. Mental health is no joke and is overlooked in society. All high school students are overworked, and it carries over into adult life. I am not too fond of it, but of course, our generation is young and dumb; what would we know?

"Williams has served as a Maverick Ambassador and senior class president.

Congratulations to Williams on being nominated as a senior to be spotlighted.  We all are very proud of your hard work and achievements.