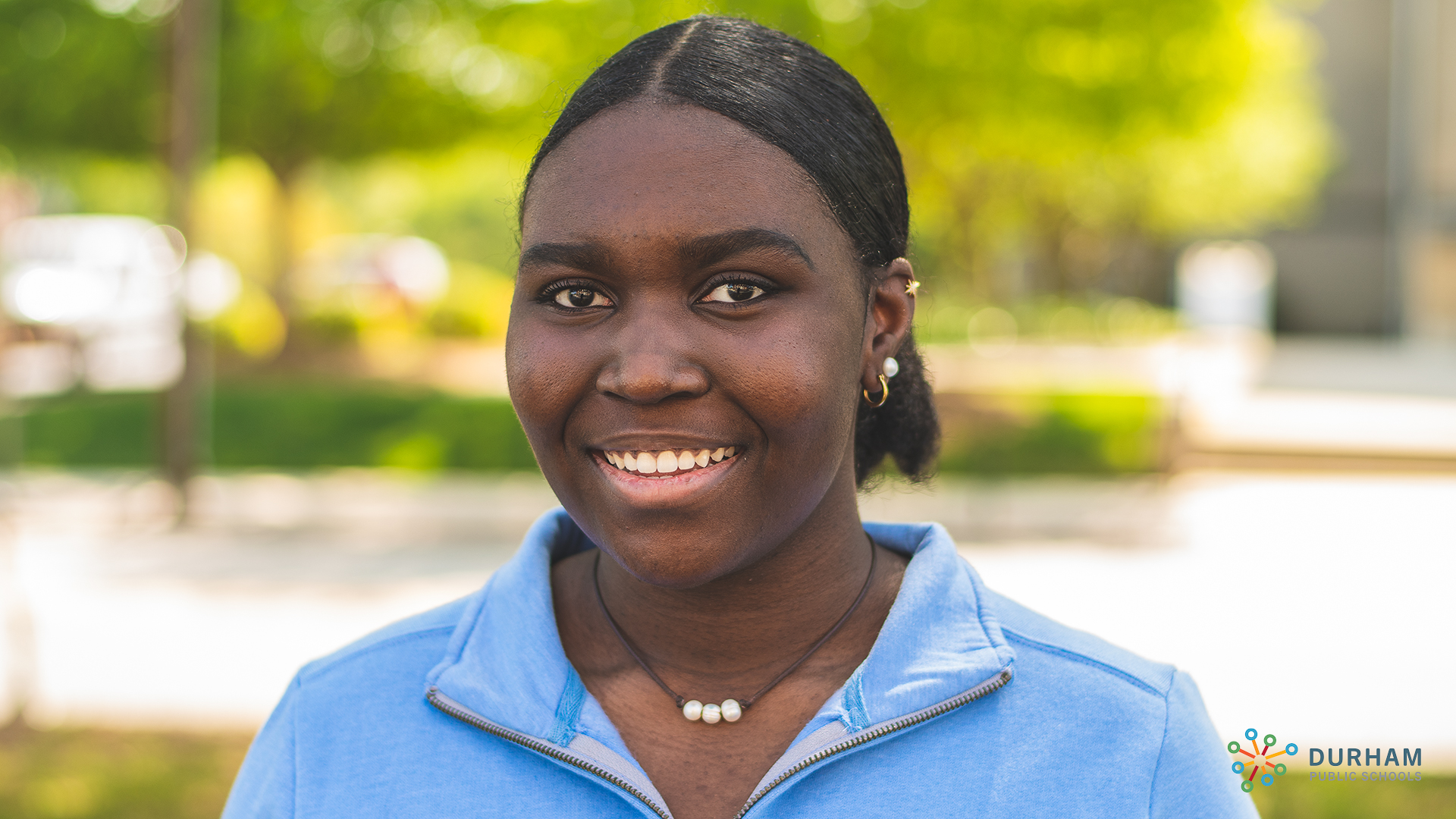 In April, the Durham Public Schools is recognizing two Students of the Month. Our recipient from Northern High School is Mary Katherine Ware.

Ware is a Senior at NHS and is described as a student who serves as a community leader, serves as a positive role model for her peers, and is courteous and respectful to those she meets.

“Mary Katherine “MK” Ware is a scholar ahead of her time,” said Dan Gilfort, the principal at NHS. “She is intellectual, genuinely kind and giving, and tireless in all efforts. MK consistently ranks in the top five of an incredibly competitive class. She was selected with a small group of students to pilot Northern High School’s Capstone Program, which included a commitment to arrive at school an hour early for two years. In these courses, MK completed a research project on urbanization and climate change that included a paper and presentation. Her attention to detail, thorough understanding of the sources, and confidence in the content allowed her to excel on the project. It is now being used as an exemplar for other students in the course. She is also involved in her school and community through Student Council, Youth Choir, the Swim Team, volunteering with senior citizens, and multiple peer mentoring programs. Last year, MK was chosen as the Harvard Book Prize recipient, which goes to an outstanding Junior at the school.”

Following graduation, Ware has plans to attend college at the University of North Carolina at Chapel Hill and intends to major in comparative literature.

“In pursuit of being a professional writer in the future, some of my career goals are to write for different aspects of the entertainment industry (i.e film, television, music, etc.) and have a positive impact on the people who view my work,” said Ware. “I also hope to continue writing my feature film script, “Poppy Seed”, which I’ve been working on and see on the big screen one day.”

Ware says one thing that motivates her is her hope for the future: “I have so many different places I want to see and goals I want to achieve, so every time I’m working, I know it’s for that— my future and what it can be is my greatest motivator.”

Outside of school, some of the activities that Ware enjoys are watching movies (especially ones that take place in the 70s and 80s) and talking about them with friends, writing songs with her uncle, going on runs, scrolling through TikTok, and baking.”

We are extremely proud of Ware’s commitment to the community and her peers at Northern High School. The Durham Public School Board of Education is looking forward to honoring her during the upcoming board meeting on Thursday, April 22.