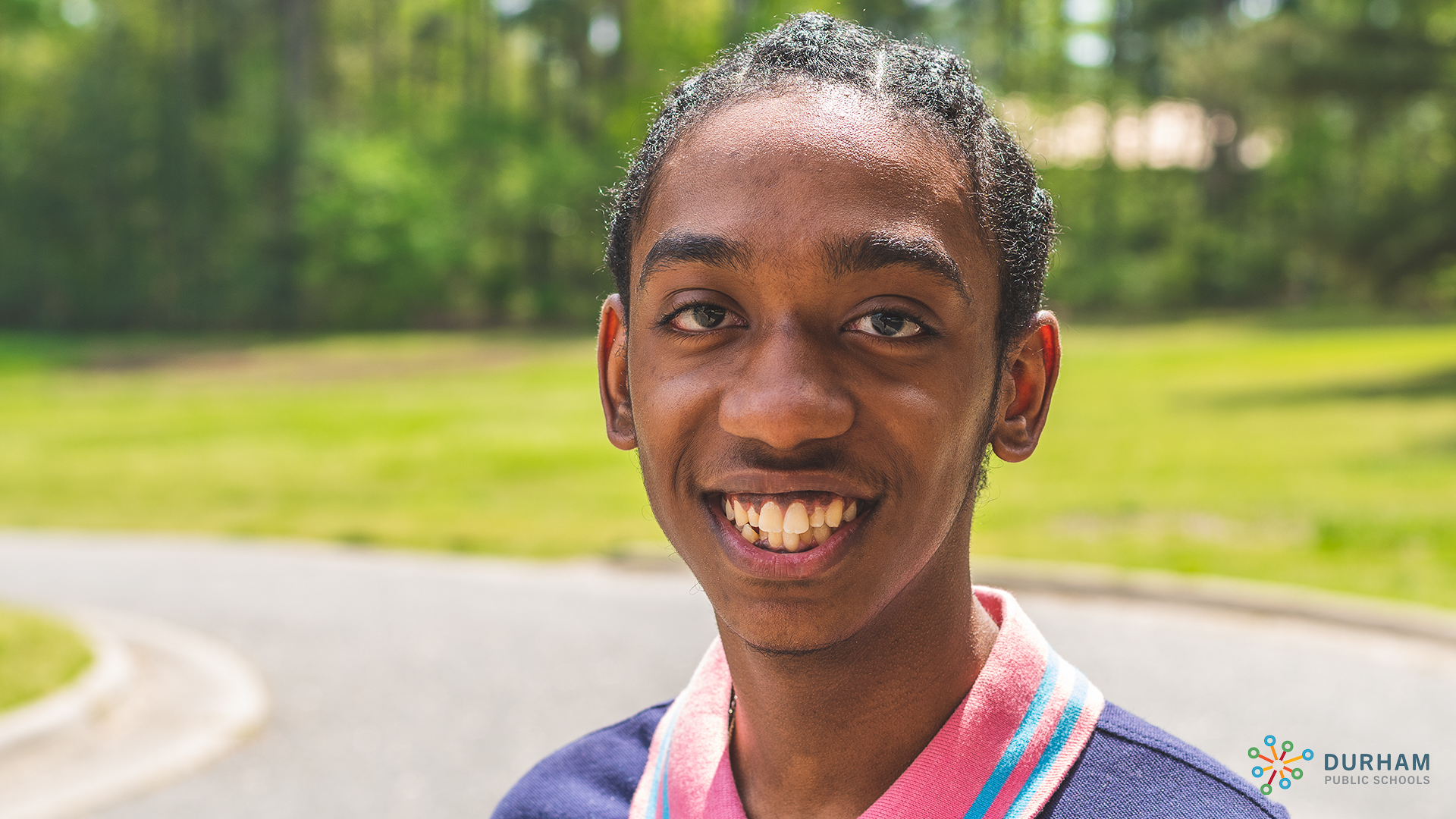 In April, the Durham Public Schools is recognizing two Students of the Month. Our recipient from Southern School of Energy and Sustainability is Amonte McNair.

McNair is a Junior at SSES and is described as a student who has overcome challenges and obstacles and serves as a positive role model for his peers.

“Amonte is one of the politest people that anyone can encounter,” said Jerome Leathers, principal at SSES. “He is very focused on his future and being successful in such. He accepts academic challenges and pushes himself to excel in all of his courses. He is trustworthy and understands the importance of being responsible and accountable for one's actions. Amonte has participated in a summer program with Microsoft at South Pointe mall, where he worked collaboratively with other students, in identifying a social issue/concern and finding a solution to the issue/concern. Amonte and his group won first place and he won MVP of the entire project.”

“Disappointing myself is what motivates me,” McNair said. “I don't want there to be parts of my life where I think that I didn't work as hard as I should have or take advantage of every opportunity.”

When McNair isn’t at school, he enjoys going to church, exercising, playing video games, reading books, and spending time with family and friends.

We are extremely proud of McNair’s commitment to the community and his peers at Southern School of Energy and Sustainability. The Durham Public School Board of Education is looking forward to honoring him during the upcoming board meeting on Thursday, April 22.