As you know, I had gotten an internship with McKim & Creed for the summer through the Durham YouthWork Internship Program. I just wanted to say right off the bat that you were the person who set me on the path to it with your emails about the DYIP program, and I can now put “Interned at an engineering firm – McKim & Creed – 2017” on my resume!

So, thank you, because without your emails pushing people to sign up for those DYIP interviews I would probably never have gotten real-world experience until, who knows, maybe junior year of college.

This internship has taught me so many things about what engineers do, how they do it, and it has especially narrowed down my choices for what I want to do in college.

I’m writing this email because I wanted to share with you what I did, what I learned, and I also wanted you to know that this internship was no copy jockey job. It’s a very competitive job because there was only one opening at McKim & Creed. 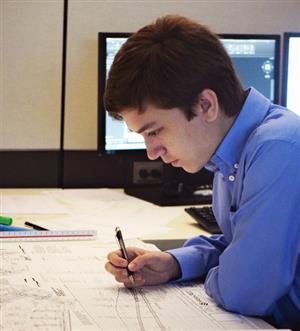 I should preface this by telling you that they had me on a two-week cycle for the six weeks I worked there to move around each department that they had. The first two weeks were spent with the Water group, who were a bunch of civil engineers that worked on water, wastewater and stormwater. Second two weeks were spent with Buildings Energy and Infrastructure, who are largely mechanical and electrical. The last two weeks were with Planning, Development and Natural Resources (PDNR), which was mostly CAD, spreadsheets and permits, but it was still fun.

I made, probably, one copy while at my job and that was because I needed to give a printed spreadsheet (that I created) to multiple people. I used Excel, Word, AutoCAD, Civil 3D and ArcGIS while working there to do a crazy amount of things.

They really tried to give me a taste of everything that that office had to offer. I annotated drawings that were actually being worked on by other engineers at the same time. I created a topographic map of Durham County for them using GIS, and I even did my own takeoff for a project that had just finished a month before!

Everything I learned and did there was with projects that were active or had closed recently. I thought I’d be working on stuff from years ago, but that was not the case.

I also went to job sites and meetings with the engineers there. The first week I went to a meeting with the City of Durham to discuss the state of their water main infrastructure downtown. Turns out that downtown Durham was built using cast iron pipes to carry water. Cast iron is a great pipe, but the problem is that downtown Durham is really old. They showed us maps of Durham and there were water main breaks everywhere, and engineers work to fix these daily. There’s a reason why there’s a need for engineers today, that’s for sure.

I went to Chatham County one day to watch them lay down pipe for a future expansion. I got to watch how engineers interact with the contractor and the city they’re working with. During the time I was there, I saw the workers lay down about 80 feet of ductile iron pipe and install a fire hydrant assembly, which might one of the coolest things I’ve ever seen in my life.

There was also a job site on N.C. State University, which was cool. I went there two times – one time with the Water group and the second time with the PDNR group, so I got to see the same site but from a different perspective, which was super cool. They were connecting two roads, so I got to see how they will deal with stormwater and how they lay down curbs and roads.

As for office work, I worked in my own cubicle for most of the day. It felt like I was an actual employee there. Everyone treated me with the same respect they showed their other co-workers, and I felt that the work that they gave me was a perfect match for my skill set. They had me doing busy work to an extent, but it was busy work that actually mattered to the project, like annotating drawings. Sure, they’ll revise it and look for mistakes and add things I missed, but for the most part that will be some of my work that they show their contractor. Almost everything in CAD or Civil 3D that I did was used for a project. There was never any work that I felt didn’t matter.

I never had to worry about asking questions either. My supervisor Wesley Hutchins was super cool about everything and was always ready to help any time he was in the office. And if he wasn’t there, another coworker, Andrea Vetrone, was. In fact, all my co-workers were super chill.

I could go on and on about what I did and learned there, but this email is already too long as is. My main point was really to tell you how cool and beneficial it was to get that internship. Now I have a leg up on the competition!

I’ve got a better understanding of what I want to do, which is a construction manager with a focus in sustainable building, but I also want to be a CAD technician. Fortunately, it’s super easy to be both! I’ve always loved using Autodesk programs, and this internship finally made me realize that I could definitely do that for half my life. 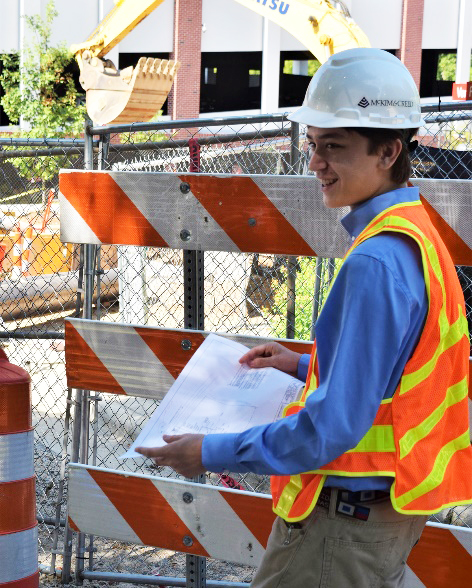 Written by Cyndy Falgout for Made in Durham