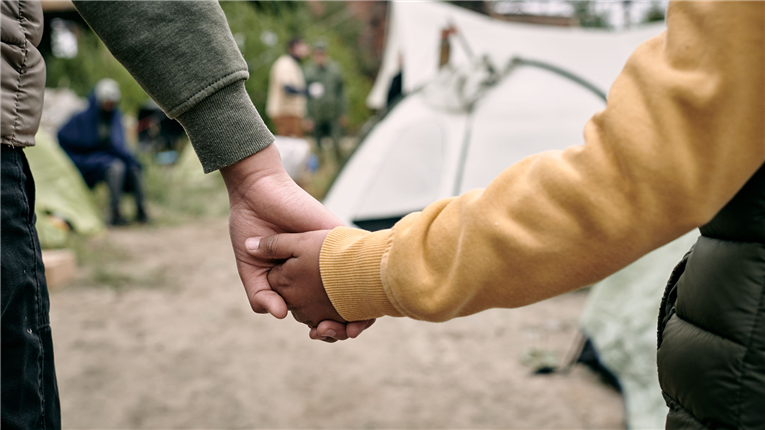 Ebony Ross reflects upon the challenges of her first year as the Coordinator of McKinney Vento (MKV) Homeless Education for Durham Public Schools by simply admitting to lots of tears. Taking the reins of a program that serves displaced students and their families is a heavy lift, but she came to understand that her emotions paled compared to the people she was serving. Now three years later, she’s made a commitment: to ask for help through partnership.

“I know that I cannot serve and advocate alone,” said Ross.

That’s the premise behind National Homeless Youth Awareness Month, which is being observed this month. Ross is doing her part to educate the community about the plight of homeless students and their families and to find people and partner with organizations willing to help address the issue.

Last year, due to COVID, the number of homeless students documented by the MKV office dipped to 656, the lowest it had been in five years; this year, it’s already at 675, and Ross expects a spike in the Spring.

Research shows that displaced students can fall four to six months behind their peers in their studies, says Ross. Finding these students and removing the barriers to their enrollment and engagement is critical to their success in and out of school.

While homelessness is a phenomenon she wishes would go away, her success stories tell her that the work towards its eradication is worthwhile. There’s the unaccompanied teeanger for whom she helped to find a bed in a shelter for young adults and who is now enrolled in high school and catches the bus every day.  There was the mom and her children who were living in the car. Ross and the mother called the county’s Entry Point office every day until they were able to speak to someone who facilitated the disbursement of funds from the county’s committee funds for a brief hotel stay. She then found room in a shelter for three months, and the family now has permanent housing.  The students were assigned a School Social Worker, and the mom’s Case Worker is based with the county.

Ross says that most times, when families get permanent housing, the students can remain at school they were initially assigned to for the entire year.

“We want to know who our students are so that we can provide the support they need,” said Ross.

Ross and her colleague Deja Flythe are constantly seeking partnerships with people and organizations willing to fund needs, stock the Family Resource Closet, and help raise awareness about homelessness and its adverse effect on students’ lives.

“Let’s find and remove the barrier together,” said Ross.